Iain Mackenzie is one of the most in demand jazz, lounge and big band singers in the UK. Regularly performing with world class orchestras and big bands, including those of the BBC and RTE, Iain is currently the principal male vocalist for the Ronnie Scott’s Jazz Orchestra, and resident singer with the London Dance Orchestra at The Ritz in London's Piccadilly.

Renowned for his collaborations with Club Des Belugas, Tape Five and JoJo Effect; Iain has co-written and recorded over 50 tracks with these giants of Lounge, NuJazz and Electro Swing, accumulating over 10 million plays on Spotify.

Iain’s voice can be heard featuring on a vast amount of publicity and adverts on TV, radio and online, including Ralph Lauren's 2020 Christmas advert.

Whilst performing regularly at Ronnie Scott's, The Ritz and The Maine in Mayfair, Iain is also touring with Leo Green for Tony Blackburn's Sounds of The 60s, live Radio 2 show and with The BBC Big Band - The Music of James Bond... and Beyond!

Get the Album 'Twice on Sunday", A refreshing selection of Swing and Jazz standards . . .
Click the album cover to order your copy. 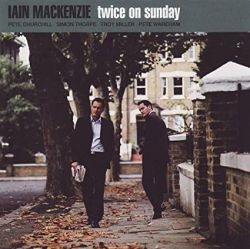 Get the debut album 'Blow Your Horn' Available ONLY ON CD.
Click the album cover to order your copy. 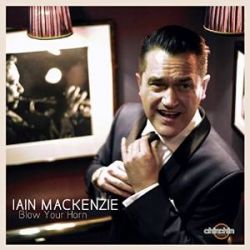 A Swingin' Songbook is a new big band album that Iain has co-written and recorded with Geoff Gascoyne... A classic crafting of new songs.
Click the album cover to order your copy. 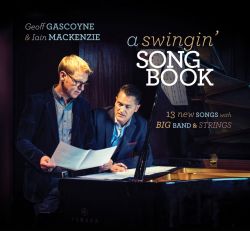